This morning’s panel at D23 gave MCU fans a glimpse of the cast in costume for the upcoming film Eternals. The cast is as follows:

Angelina Jolie (Tomb Raider, Salt) will play Thena, Richard Madden (Game of Thrones) will portray Ikaris. Comedian Kumail Nanjiani (Stuber) takes the role of Kingo. One of the more interesting castings is Salma Hayek as the team leader Ajak. In the comics, Ajak is a male character. Two other gender changes in casting is Lia McHugh as Sprite and Lauren Ridloff as Makkari. Gemma Chan will play Sersi, and Barry Keoghan will portray Druig. Rounding out the cast will be Bryan Tyree Henry as Phastos and Dong-Seok Ma as Gilgamesh.

The costumes are sleek and somewhat subtle, as most hero costumes in modern comic films. Gone are the days of wearing your underwear outside your pants (probably a good thing) and spandex onesies.

New additions to the cast

Also announced was that Kit Harrington, also of Game of Thrones, will take the black again. This time, however, he’ll play Dane Whitman. The Eternals otherwise know the character as The Black Knight. Rumors started yesterday that Marvel might tap Harrington to play Moon Knight, Feige & company, however, proved that wrong today. Arguably, Black Knight has one of the better comic costume designs. It will be interesting to see how his threads are re-imagined in this new film.

Also, Marvel announced that Gemma Chan will play Sersi. (Previous speculation had Jolie playing the role.) Chan had roles in Crazy Rich Asians, Captain Marvel and a recurring role as Mia in the TV series, Humans.

Who are the Eternals?

Jack Kirby’s original comic Eternals will be the basis for this, the 25th film, in the MCU universe. The Eternals are a group of immortal humans sent to Earth to defend humanity from a group of villains known as The Deviants. In the current MCU, a tiny mention of the Eternals happens in Infinity War when Thanos’ father is mentioned by the Red Skull. He calls him “Thanos, son of A’Lars”. A’Lars is the founder of the Eternal’s colony on Titan.

The costumes look great,and the addition of Harrington as Dane Whitman is a nice touch. Eternals snuggles into the MCU timeline after the release of Black Widow, and before Shang Chi and the Legend of the Ten Rings. Matthew K. Firpo and Ryan Firpo are penning the screenplay, with Chloe Zhao directing. Eternals will hit theaters on November 20th, 2020.

Disney and Lucasfilm teased fans with a sizzle reel for … 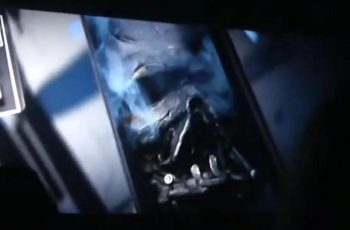 It did not take long for our first new STAR …