SDCC 2019 has come and gone, but the ripples of the Marvel panel in Hall H continue to reverberate in the entertainment community. After unzipping and unfurling Phase 4, Marvel Studios exec, Kevin Feige left us with one parting shot: Mahershala Ali is Blade.

Oscar-winner Ali cast himself according to Feige. The call was made sometime after the actor won his second Academy Award. He has always been a fan of Blade and expressed his interest in the role. Feige jumped at the opportunity. With the upcoming Doctor Strange In The Multiverse Of Madness, Marvel Studios will have its first horror movie. This could be a perfect introduction for the vampire hunter.

Ali is no stranger to the Marvel universe. In the recent Academy Award winning film Spider-Man: Into the Spider-Verse, Ali voiced the role of Uncle Aaron. Also, in the first season of the Netflix series Luke Cage Ali played the role of Cornell ‘Cottonmouth’ Stokes. When asked if the characters have a connection Feige simply said “no.” We don’t know what this casting does to Luke Cage’s place in the MCU along with the other shows canceled by Netflix.

To all the DAYWALKERS losing their minds right now, chillaaxx. Although the news comes as a surprise, it’s ALL GOOD. Such is the ‘business’ of ‘entertainment!’ Much peace to the MCU crew – always a fan. Honor and respect to the grandmaster Stan. Congratulations and Salaam to Mahershala Ali, a beautiful and talented artist whose expressions I look forward to experiencing for many years to come. Inshallah, we will someday work together. Most importantly to my loyal fans, the incredible outpouring of love is overwhelming. I am grateful for the never-ending support. So, ‘nah fret nah worry, it’s not de end of de story.’ Welcome to the Daywalker Klique.

No release date has been alluded to, but Feige confirmed Blade will be a Phase 5 project. For a complete list of all Phase 4 announcements continue here to THS’ recap of the Marvel panel.

Australian Director Cate Shortland has been announced as the director of … 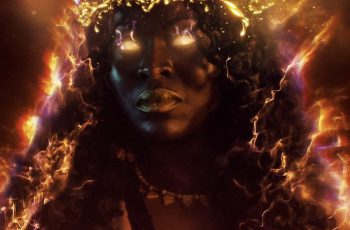 Now that Disney owns Fox, the one good thing is …