Darth Vader and Poe Dameron comic writer Charles Soule will give us our next big Marvel Star Wars comic story, The Rise of Kylo Ren. This was announced today at the Lucasfilm Publishing Panel at SDCC 2019.

The Rise of Kylo Ren will be released this December and will be a four-part miniseries. This series will give us the story of a young Ben Solo and his path from the light to the dark side of the force. We will also get more on how he became the leader of the Knights of Ren. Here is what Charles Soule posted on Twitter:

“You know the one story everyone’s dying to see, about Kylo and the Knights of Ren? That’s this. You’re not ready (hell, I barely am.)”

That is about all we got tonight on The Rise of Kylo Ren. I am sure this will be an exciting story and it will finally give us some of the answers that we have been looking for. What I think is interesting is that it will be release before STAR WARS: The Rise of Skywalker hits the theaters. So it looks like December will be a really big month in finishing the Skywalker Saga.

Have you been following Charles Soule’s comic stories? What has been your favorite so far? Are you excited about The Rise of Kylo Ren? Well we want to hear from you. You can do that by hitting us up on Twitter @thathashtagshow and myself @starwarsnerd574. You can also comment from this article as well. Also make sure to stay up to date on all the Star Wars news by following us at ThatHashtagShow.com. I can’t wait to see you all next year at STAR WARS Celebration.

One of the biggest knocks against Star Wars Episode VIII: … 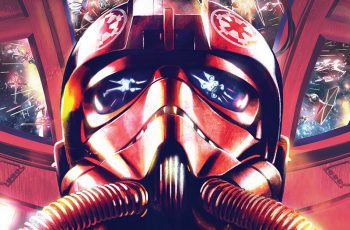