Well Hasbro has started off SDCC with a bang. During their breakfast presentation Hasbro revealed a few new releases for Star Wars, Marvel, Power Rangers, and Transformers. But Hasbro’s big focus was the Marvel line and after looking at the figures I can see why.

Hasbro has definitely come ready to play this year with this X-men retro themed line. These figures will represent the X-mens’ famous 90s look. And that will not be the only retro look to them. They will also have the same packaging feel as the original Toy Biz X-men line.

This is the set I am most excited about. Hasbro gave us our first up close look at the new Marvel Legends line and fans were not disappointed. This line includes figures throughout the MCU. New to the lineup are Unmasked Ghost, Peggy Carter, and Luis. But don’t worry there are also some amazing new figures of previously release characters such as Iron Man in his Mark 85 Armor, Unmasked Iron Spider, War Machine and “America’s Ass” Captain America to name a few. And finally, when all are collected, we get “Fat” Thor as the Build a Figure, pizza and beer not included.

What are some of your must haves from these Hasbro lines? Who else would you like to see made into the next action figure? What other things are you looking forward to from SDCC? Well we want to hear from you. You can do that by hitting us up on Twitter @thathashtagshow and myself @starwarsnerd574. You can also comment from this article as well. Also make sure to stay up to date on all the SDCC news by checking us out at thathashtagshow.com. 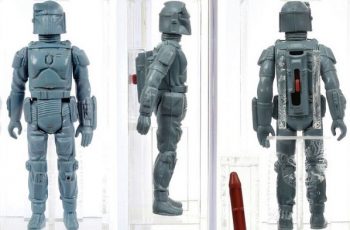 Despite his minimal screen time and untimely death at the …

Marvel Studios has found a director to lead what they …