In the world of Power Rangers, fan films are nothing unusual. Some end up being amazing. The latest comes to us from from Bat In The Sun, and it looks quite amazing: Legend of the White Dragon.

This synopsis of their new fan-film, Legend Of The White Dragon, comes to us from Bat In The Sun:

In the Aftermath, the city was left decimated. A past reminder of the great battle and fall of heroes. As a result of the death and destruction the city became known as Angel Graves. The heroes were blamed, stripped of their titles and hunted. But as evil once again threatens to return they must rise from the ashes with the power of the White Dragon.”

The crew includes directors Aaron Schoenke and Sean Schoenke, the team behind Super Power Beat Down. Alvin Hsing choreographs the film’s fighting scenes. If you don’t know that name, you should: he choreographed the fights for the Marvel Netflix shows.

Now there is a difference to this fan film: Bat In The Sun is funding the project through Kickstarter.

Much in the way that Critical Role had run their Kickstarter, Bat In The Sun is utilizing Kickstarter to get the Power Ranger fans to help fund the project.

They are trying to raise $500,000, which doesn’t seem like a lot, but it will help out with adding new sets, more fights, and even cooler special effects into it.

Now even if they don’t make the $500,000 from the Kickstarter, 100% of what is made will go into making the film bigger and better. And from the looks of the trailer, fans have a lot to look forward to. 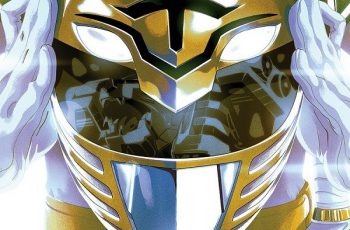 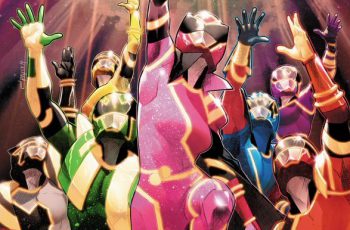 With our rangers stranded on the Promethea, losing their powers …