For those lucky enough to score tickets to this year’s San Diego Comic Con, the next step will be planning your days.  Which panels to see, which booths to visit and what limited collectibles to grab.  While I am not one of the lucky individuals, below is Marvel Entertainment’s press release and schedule for SDCC 2019.

Stop By the Marvel Booth (#2329) – A Must-Visit Destination for Autograph Signings, Exclusive Marvel San Diego Comic-Con Merchandise and Giveaways, Livestream Broadcasts from Marvel.com and Much More

For breaking news and exclusive livestream coverage from Marvel at San Diego Comic-Con, watch on Marvel.com, YouTube, Twitter and Facebook. Coverage is hosted by Ryan Penagos, Lorraine Cink, Langston Belton, Angélique Roché, Justin Warner, Nore Davis, and Josh Saleh. Tour the convention floor with Marvel, learn about some of your favorite Marvel characters, and don’t miss a beat from the Marvel stage and events within and around SDCC!

Get an inside look at the latest and greatest from Marvel Games! Attendees will see exciting new content from MARVEL ULTIMATE ALLIANCE 3: The Black Order, Marvel’s Iron Man VR, and Marvel’s Avengers, with many unannounced surprises and panel exclusives. Host Greg Miller (loudmouth at KindaFunny.com) will be joined by Bill Rosemann (VP & Creative Director, Marvel Games) and other special guests from titles throughout the Marvel Games family!

The cast and producers of Marvel’s Agents of S.H.I.E.L.D. will return to San Diego Comic-Con in epic fashion as they take over Hall H for the first time ever! Be the first to hear the scoop about the show-stopping conclusion for season six and what awaits in season seven of Marvel’s flagship television show. With your favorite stars in attendance, including Clark Gregg, Ming-Na Wen, Chloe Bennet, Elizabeth Henstridge, Iain De Caestecker, Henry Simmons, Natalia Cordova-Buckley, and Jeff Ward, along with executive producers Maurissa Tancharoen, Jed Whedon, Jeff Bell, and Jeph Loeb, this is a must-see panel to celebrate seven seasons with the world’s greatest fans! This action-packed series from Marvel Television and ABC Studios airs Fridays at 8/7c on ABC. *Please note: talent is subject to change.

Marvel’s flagship podcast comes to Comic-Con loaded with secrets, giveaways, reveals, news, guests, and more! And, if you think you’ve got the stuff and want some swag, you can challenge the Marvel crew in a special House of Ideas Throwdown! Join host Ryan Penagos (aka Agent M, VP & Creative Exec, Marvel) along with CB Cebulski (Marvel Comics Editor in Chief) and an array of Marvel creators as they dig into Marvel Comics #1,000, one of the biggest Marvel Comics projects ever assembled, and celebrate Marvel’s 80th Anniversary! 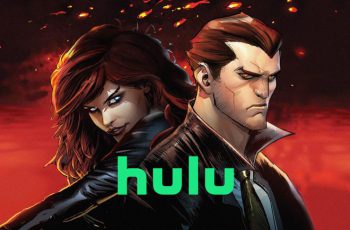 Marvel Television and Hulu just the ensemble cast for the …

Kevin Feige has kept his word: while the wheels at …