Aside from knowing that the studio bumped the film’s release back to 2020, and that Chris Pine would reprise his role as Steve Trevor, we really haven’t known much about the upcoming Wonder Woman sequel. Thanks to an inside source, That Hashtag Show now brings you this exclusive information regarding the film’s plot and new characters. Warning: this article will contain spoilers for Wonder Woman: 1984.

Last week director Patty Jenkins broke the news that Warner Bros. would not have a presence in Hall H at San Diego Comic-Con this year. In doing so she revealed the teaser poster for Wonder Woman: 1984 via Twitter. Otherwise, Jenkins and company have been pretty tight lipped with film details.

Obviously the story takes place in the 80’s. Thanks to our sources, we can tell you that the plot involves Diana Prince acting as a spy during the Cold War. Her mission? Hunt down a nefarious Russian spy. This film will also deviate from the Wonder Woman timeline established in Batman v. Superman. In Wonder Woman: 1984 the character is already known as a superhero. (In BvS, to the contrary, Bruce Wayne discovered her “secret”.)

Previously we learned that Kristin Wiig (Saturday Night Live; The Martian) will portray comic book nemesis Cheetah. But how did Barbara Minerva become Cheetah in the first place? Well, she was a huge fan of Wonder Woman’s and wanted to be just like her. Enter Maxwell Lord. We’d already heard rumors of the comic book character appearing in Wonder Woman: 1984. Today we can provide you updated information regarding the powers Lord will wield for this live-action adaptation.

In the comics, Maxwell Lord becomes a meta-human as a side-effect of an alien invasion. His initial power was of mind-manipulation. For Wonder Woman: 1984, however, Maxwell Lord will have the ability to grant people’s wishes… at a price.

It’s through that power that Steve Trevor is able to return. It is also via that power that Cheetah becomes Cheetah. At first she’s the hero she wants to be, but her beast side becomes unmanageable. People turn on her out of fear, forcing her down the villain’s path. It’s up to Diana to stop her.

Everything appears to be transpiring according to Lord’s plan, but we don’t know for certain what the end game of that plan may be. He’s even said to transfer his soul to another… none other than Diana Prince’s beloved Steve Trevor. How all of this will play out in Wonder Woman: 1984 remains to be seen. If other rumors are true, however, Pedro Pascal will be the man bringing Lord to life.

Stay tuned here to That Hashtag Show for more news as it develops! 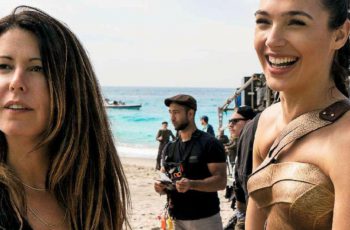 In her theatrical debut, Wonder Woman went from the paradise …
With its release right around the corner, Ralph Breaks the Internet, …