One of the many DC Comics films that are coming up is Ava DuVernay’s New Gods film that got announced over a year ago. Since then, there have been little to no updates about the highly anticipated project from DuVernay. However, after many months of waiting, eager DC fans have gotten their first update and it’s a major one!

Deadline Hollywood revealed that DC Comics writer Tom King is officially teaming up with the director to co-write the screenplay! King, who has a long history with DC, is a perfect fit for more reasons than one. For starters, King wrote 12 issues of Mister Miracle. (He just happens to to be a New God, by the way.) Mister Miracle debuted with a positive reception.

King has recently been working on the Batman book. Likewise, he was busy completing the Heroes In Crisis mini-series as #9 dropped this week. The writer has certainly been on the radar in the recent weeks. That’s due in large part to the fact that will be departing the Batman book towards the end of this year. There have been speculations to his sudden departure. Notwithstanding, some good news about his DC future did arrive recently, as he’ll be penning a 12-issue Batman/Catwoman series!

The series will begin in January 2020 as King reunites with his Heroes in Crisis partner Clay Mann who will work as the artist on the book. So King will have his plate full for sure for the foreseeable future. While we’ve yet to learn what characters we’ll see in New Gods, it wouldn’t shock us to see players like Big Barda, Mister Miracle, Darkseid’s Prophets, and/or the Female Furies showing up. Hopefully the duo will make some surprise reveal at San Diego Comic-Con this year, including a release date.

Are you excited about Ava DuVernay and Tom King teaming up together to write New Gods? Sound off in the comments below and remember to continue to stay tuned right here on That Hashtag Show for everything trending in geek pop culture! 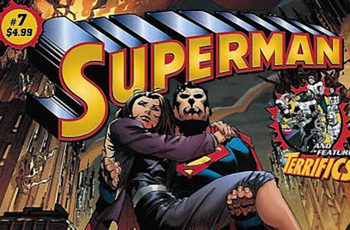