Fandoms are fickle bunches. Do something the slightest bit out of keeping with what fans expect, and the next thing you know…. Petition! Star Wars fans blighted the forty-year fandom a couple years ago with a petition to remake The Last Jedi. Look, I didn’t like the film either, but come on. It’s part of Star Wars. But… Dealing with things is not the Star Wars fandom’s strong suit these days. At least one of its newest petitions is a positive one. Fans have even started a hashtag in support of a Solo sequel.

Solo: A Star Wars Story was plagued with issues, none of which were the film’s fault by any means. Poor management and bad timing mostly contributed to the film’s less than anticipated success. Even Alden Ehrenreich’s acting was better than expected, as was Emilia Clarke’s portrayal of Qi’ra. Nevertheless, box office circumstances seemed to have stalled any hopes for a Solo sequel. Until now, perhaps.

Even Solo: A Star Wars Story director Ron Howard is behind the #MakeSolo2Happen movement. As comicbook.com reports, Howard even tweeted a short but sweet reply acknowledging his support for the notion of a Solo sequel:

Many fans credit Howard for taking the behind the scenes mess that Solo was and creating an entertaining, final product. The addition of a Maul cameo, however, triggered fans’ desire for a Solo sequel. That scene set up the future of a Solo franchise that could explore the conflict between the crime syndicates. And for many, it would be a chance to see more of Qi’ra, learn her backstory, and see how her character develops.

Now more than ever there’s a distinct possibility of that happening. Disney launches its streaming service Disney+ in November, and it’s already chocked full of live-action, Star Wars content. There’s The Mandalorian, premiering with the service’s debut. A Cassian Andor, Rogue One spin-off follows, and now we know a Boba Fett series is coming, too.

Rumors have been floating for some time about a Solo sequel series featuring Qi’ra and Lando… Perhaps it’s now one step closer to reality. It may not be a true, Solo 2, but I’d take it. Because, I mean, Emilia Clarke and Donald Glover with the chance to expand their roles?

Fear and intimidation were the cornerstones of the Empire’s control, … 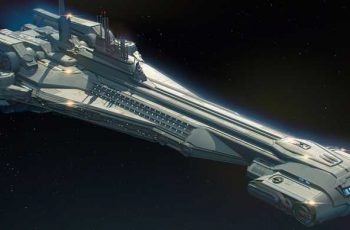 Disney at the D23 Expo has finally revealed details about …