One of the biggest talking points surrounding Disney’s live-action Aladdin remake has been Will Smith and his turn as the Genie. Everything from the Genie’s pigmentation to the actor’s performance has set the tone for fans’ reactions to the trailers. It seems that Smith held a similar power on set.

At the recent Aladdin press conference, Guy Ritchie praised the actor’s energy during the filming. Ritchie cited his ability to set the tone for the experience as the lead with the most experience. “His positivity flowed all the way down,” the director said. “It started from the top and went down.”

Perhaps playing the Genie came so easily to Will Smith because of his own connection to the role. He he discovered that connection once he infused the musical numbers with his own knowledge of hip hop music. But it wasn’t the easiest journey, the actor admitted. The role was an iconic one that left a lot to live up to.

“I definitely started with fear. What Robin Williams did with this character, he just didn’t leave a lot of room to add to the Genie. So I started fearful, but then when I got with the music, it just started waking up that fun, childlike, silly part of me. This was the most joyful experience of my career.”

Hip-Hop Inspires Will Smith and his Genie

As for which music specifically gave him the confidence boost he needed to play the Genie and spread his own joy on set? That honor goes to “Friend Like Me”. Smith spent a good deal of time getting to know it in the studio. He mentioned that the BPM range of the song was somewhere between 94 and 96. He likened that to old-school hip hop and credited it as his own inspiration.

“I grabbed The Honey Drippers’ “Impeach the President,” which is a really classic old-school hip hop breakbeat, and I had them throw that breakbeat under there. I messed with that, and I messed with Eric B. & Rakim’s “I Know You Got Soul” under “Friend Like Me,” and I was like ‘Oh, my God. I’m home.’ I started playing with the hip hop flavor, and the Genie was really born in my mind from the music.”

Has Will Smith’s Genie got you under his spell? Let us know in the comments below. And check back with That Hashtag Show for all the latest news on your favorite movies.

Marvel firing author Chuck Wendig has created yet another disturbance … 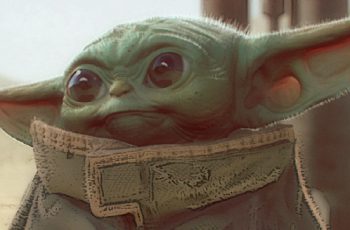 It didn’t take much to reunite the entirety of the …