Ron Howard has certainly come a long way since his days as little Opie Taylor and Richie Cunningham. The talented actor became an even more talented director over the years. Howard has been responsible for some critically acclaimed films in his career (A Beautiful Mind; Apollo 13; Rush). He’s also part of the team behind one of television’s most popular shows of the last two decades. Now he’s given us a hilarious send-up of Star Wars: A New Hope in the style of that show, Arrested Development.

In this video parody from the Star Wars Show, Ron Howard narrates a three-minute intro to A New Hope in the style of the Arrested Development opening. It seems family dysfunction is something that easily translates from Earth to the galaxy far, far away. You can watch the video here.

A New Hope, From a Certain Point of View

Ron Howard, as we know, is no longer any stranger to Star Wars. After a directorial dispute, Lucasfilm brought Howard in to make sense of Solo: A Star Wars Story. Despite the production issues and mismanagement of the film’s marketing and schedule, the final project was an enjoyable addition to the Star Wars saga. Solo, pre-dating the events of A New Hope, gave us Han Solo’s backstory in the second, stand-alone “Star Wars Story” in early 2018. (The first, of course, was Rogue One.)

Giving A New Hope the Arrested Development treatment certainly puts the original trilogy in a different perspective. It’s nice to see Ron Howard still involved in Star Wars, even if only tangentially. Because of what transpired with Solo, a planned sequel is unlikely, and that’s too bad. Many fans would have liked to have seen what Ron Howard could do with full reign of a Star Wars film from the beginning. Howard is even on record as saying he’d like to be back, too. I guess for now we’ll just have to be happy with this parody of A New Hope. 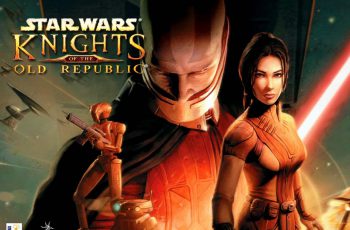