As long there has been a live-action Batman on film, there have people complaining about the actor playing him. I mean, how could the guy from Mr. Mom possibly play Batman? (To this day Michael Keaton’s Bruce Wayne/Batman is regarded as one of the best.) And that American Psycho guy? Really?  (Yes, really. Christian Bale’s performance in Christopher Nolan’s Dark Knight trilogy remains my personal favorite.) But Ben Affleck?? (Okay, I gotta admit… he wasn’t as bad as I was expecting.) So can Robert Pattinson as The Bat really be that bad?

News broke Thursday night revealing Robert Pattinson to be in talks to play Bruce Wayne/Batman in Matt Reeves’ reboot of the DC franchise. Of course, people know Robert Pattinson best for his role as Edward in the Twilight films. Frankly, that’s a shame. The role did nothing for an otherwise talented actor, and to this day the poorly written, teen angst vampire drama continues to cloud his career. There is much more to the actor, however.

Can Robert Pattinson pull off The Batman?

Pattinson began his acting career as Cedric Diggory in the Harry Potter series. That role led to Edward…. Despite the nonsensical subject matter (sparkly vampires? Really?) Twilight was an international sensation. It propelled Robert Pattinson to the spotlight. Fans often fail to realize the success and critical acclaim bestowed on the actor since.

The actor earned high praise for the 2012 sleeper Cosmopolis, from David Cronenberg. Thereafter he’d star in more than a dozen other films, including The Lost City of Z (2016) and last year’s critically-acclaimed sci-fi thriller High Life. (That earned a score of 83% at Rotten Tomatoes.) Granted, Robert Pattinson will never shuck the mantle of Twilight.  But don’t forget: Affleck has Gigli on his résumé and he still made a passable Batman.

For better or worse we live in the cinematic age of the reboot. More Ghostbusters are coming (again), as is a new iteration of Suicide Squad. With that one the ink on the first box office ledger is barely even dry. Reboots are inevitable, it seems. So, Matt Reeves is rebooting The Batman. If Robert Pattinson is the lead… I’m willing to give him a chance. He can’t be worse that Val Kilmer.

THE BATMAN Kit Harington is best known for playing frowny … 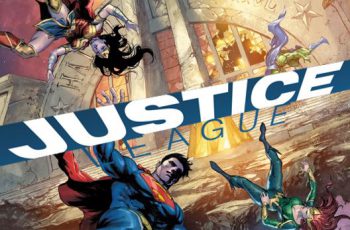