Once Hasbro had taken over the franchise last year, all of the fanbase was excited and nervous. It does look like that Hasbro taking over has been what Power Rangers needed. The new Poer Rangers show is doing amazingly, and these new toys are ever better then what Bandai could have ever made. Hasbro’s CEO Brian Goldner seems to agree.

Last week, according to Power Rangers NOW, Hasbro had their Q1 Earnings call with their investors, and Goldner has this to say about how the show is doing:

“I’m very pleased with the ratings of the new show. It’s a ratings leader in its time slot. It’s offering a very strong lead out. And Nickelodeon’s been a very good partner and helping us to market the new series. The team has done a great job in producing this transition from Saban [Brands] to our own studio has been seamless, and I give the team a lot of credit for producing such a high quality show that’s really beloved by kids and improved in a number of ways from the last production.”

This is really good to hear, since the show is getting more praise than the past seasons.

One other thing that was brought up was the toys. The first set of Power Rangers Beast Morphers toys have launched. And the highly anticipated Lightning Collection has been starting to hit the store shelves as well. Goldner did mention that these first toys that have released are just the tip of the iceberg. And there will be lots more toys releasing in the future.

“Well, the launch of Power Rangers is starting in North America. The line launched there. We had some products ship in Q1, but limited. It will roll out in the subsequent quarters, both in North America and around the world. So we’re, obviously, very excited about Power Rangers, not only for this year, 9 months, but for 2020 as we’ll have a full year impact. So very good there.”

Next year is going to be a big year for Hasbro. It’s the first full year Hasbro will have owned the brand. We are getting the second season of Beast Morphers. And we are going to be getting a team-up next season. And within that team-up, Austin St. John is going to be returning for this team-up.

This new direction that Hasbro is taking Power Rangers is a step in the right direction. The way there handing the brand is way better than when Saban owned it. And this next year will be interesting to see how the brand keeps growing.

is a step in the right direction. The way there handing the brand is way better than when Saban owned it. And this next year will be interesting to see how the brand keeps growing. 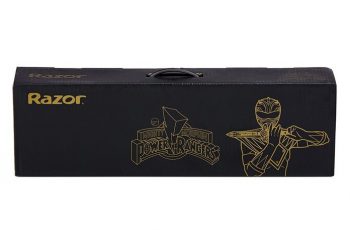 With San Diego Comic-Con coming up Hasbro has decided to … 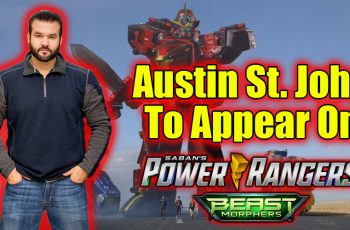 A big tradition from past seasons of Power Rangers was …