Episode 8 of Power Rangers Beast Morphers has just premiered this past weekend. We finally got the reveal of both the Gold Ranger and the Silver Ranger. But now, we’re going to have to some time for the show to return to TV.

Now, with what the tweet is saying, plus the history of when the show has returned from hiatus, this seems logical. But considering that it’s Hasbro now owning the series as well, it could possibility be mid-September when the show could return.

Now, details and airdates for the remain episodes have yet to be revealed, but in the coming months, more details for the last remaining episodes should hopefully be revealed.

The 2018 Licensing Expo is happening right now in Las … 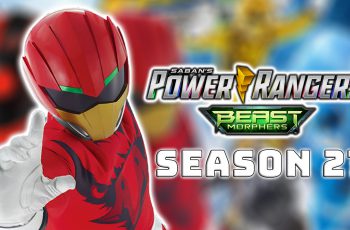 Hasbro has ushered in a new era for Power Rangers …