Fans finally get some details about the upcoming, live-action Star Wars series The Mandalorian at Star Wars Celebration. (To learn more and see first footage, click HERE.) For the first time we learned details about the characters Pedro Pascal, Gina Carano and Carl Weathers would be playing. We got to see some first images of them in costume, too. It was what we learned from Giancarlo Esposito, who did not attend the panel, however, that is perhaps most intriguing. The father of Star Wars himself, George Lucas, helped to create the series.

Esposito learned a hard truth about staring in The Madalorian during a recent interview with Collider. If you star in Stars Wars, every interviewer is going to ask you about it, regardless of whatever production you’re promoting. Such was the case in an interview about his upcoming movie, Stuck. First, he discussed some aspects of the show’s filming location (Southern California instead of England) and technology. Then he revealed that George Lucas appears to have had a much larger hand in the series than anticipated.

Esposito described the extraordinary technological advances of the film studio, dubbed “The Volume”:

We’re in a place called The Volume, where we do most of our acting, where set pieces are brought in, where we can control the physical atmosphere of what is projected on the walls and control how gravity is; you get a feeling that gravity is being played with.”

As incredible as that is, it was surprising to hear him say that Jon Favreau and Lucas created The Mandalorian together. We already knew Lucas visited the set. Esposito confirms it was much more than that:

Well you know what’s cool about [The] Mandalorian is you figure a guy who wrote it, who figured it out with George Lucas, would direct every episode. That would be all ego, right? He has amassed some incredible directors from different parts of the planet to give their take on an episode. I find that to be so phenomenal because then we have new and fresh ideas every single episode….”

“Figuring it out” with George Lucas certainly indicates that Favreau did more than just invite Lucas to the set and chat about the show over lunch. This implies that Lucas helped shape The Mandalorian. After all, Lucas worked with Dave Filoni hand in hand in Star Wars: The Clone Wars. Filoni, as we know, directed The Mandalorian’s pilot episode.

I may be even more excited for the series now. The Mandalorian premiers on Disney+ November 12. 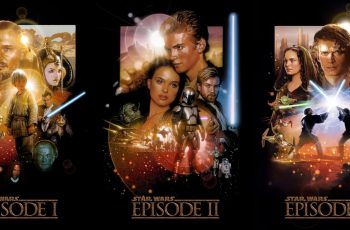 Let’s get this out of the way right now: Nothing … 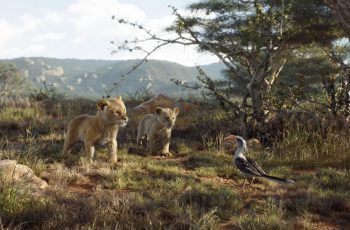 Favreau and Disney have brought the savannah to life in …