A young Anakin Skywalker once said that no one could kill a Jedi. Obviously his childhood naiveté was mistaken. Anakin himself would go on to kill dozens of Jedi himself. Likewise, others throughout the galaxy managed to slay Jedi from time to time. Among the notable Jedi-killers is fabled bounty hunter Cad Bane. Perhaps the most prolific Jedi-slayer, however, was none other than General Grievous.

We’re first introduced to the character in the current Star Wars canon timeline in 2005’s Revenge of the Sith. The cyborg leader of the Separatist droid army, though not Force sensitive, was nonetheless proficient with a lightsaber. Grievous made it a point to taunt Obi-Wan Kenobi with the fact that every lightsaber he wielded he took from a fallen Jedi. On film, and later in Star Wars: The Clone Wars, Grievous always possessed four lightsabers with which to battle. But how did he acquire them, and from which Jedi?

The Lightsabers of General Grievous

Once again The Stupendous Wave has put together an informative video detailing the Jedi-murderer’s exploits. Rumor tells us Grievous took the lives of dozens of Jedi or more. However, we’re only able to identify a scant few of Jedi from whom Count Dooku’s enforcer obtained his weapons of choice. You can watch the video and learn the identities of some of those Jedi below.

One glaring discrepancy exists between Legends and canon, though. That involves the lightsaber of Sifo-Dias. In Legends, Count Dooku gifted the Jedi Master’s lightsaber to Grievous. In canon, to the contrary, Plo Koon discovers the lightsaber in a shipwreck on the moon of Oba Diah. (This occurs in The Clone Wars, Season 6, episode 10, “The Lost One”.)

Nevertheless, the cyborg boasts an extensive collection of the Jedi weapons despite this particular Legends/canon conflict. He certainly knows how to wield them with deadly efficiency.

Grievous was an intriguing character, for sure. Thankfully we got to see more of him in The Clone Wars, because his time on film was far too short. 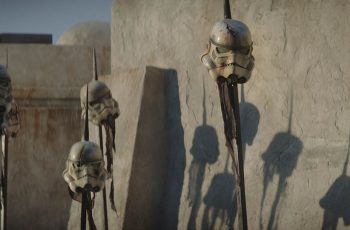 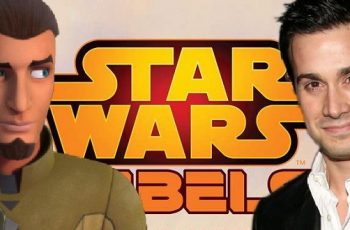 Tells us how you really feel, Freddie Prinze, Jr. Oh, …