All Elite Wrestling made a series of announcements today, with Jim Ross joining the company headlining. This has been a long standing rumor since the early days of AEW, but it’s finally official.

AEW stated that it has named Jim Ross a senior advisor, and has signed a three-year contract. The deal is being called “groundbreaking” and “the most lucrative deal in pro wrestling commentary history.”

“I’m moving on in a very positive way to this timely opportunity to be on the ground floor of one of the most exciting moments in the history of pro wrestling. I’ve known [AEW President] Tony [Khan], Cody [Rhodes], The Young Bucks and Kenny [Omega] for a long time, and I know they’re going to change the world of pro wrestling. Their roster is already packed with top-level talent and up-and-comers. They’ve got a huge show coming up in May. They’ve brought in game-changing partners like KultureCity. And they’ve got an all-inclusive, welcoming culture like I’ve never seen before. I’m ready to change the world with them.”

Ross has been a wrestling broadcaster for over four decades, starting way back in 1974. Most notably, he called matches for Jim Crockett Promotions and World Championship Wrestling in the late 80’s and early 90’s. He then cemented his legacy as one of the greatest announcers ever after joining WWE in 1993. Jim Ross was also the voice of the Attitude Era, and has some of the most iconic calls of all time. The broadcaster also has extensive knowledge in talent relations, a position he held in WWE during the early part of the 2000’s.

There is no word on what the AEW commentary line-up will look like. With the quote from the press releases, we can assume that Ross will be on commentary in some form. We can also speculate that now, with the addition of the Hall of Famer, we could see a three-person booth at Double or Nothing.

All Elite Wrestling’s second event will be in Las Vegas on Saturday, May 25th. 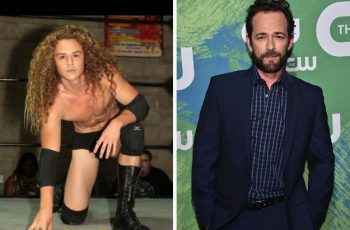 Very sad news out of the entertainment world, as Luke … 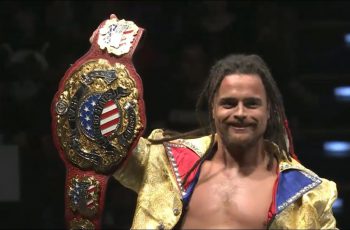 If you’re not familiar with Juice Robinson, you might remember …