What can we say? Transformers #1 kicked the series off with a good start. Unfortunately, there is nothing great about Transformers #2. How can there be when they are still setting up the universe and its players? What this issue does is tell some very subtle stories and point the way towards what is coming. There is little action in this issue, but you know its coming.

Once again the covers for Transformers #2 are all very well done. The best part is most have to deal with the story inside. (My biggest pet peeve are the covers that may look great, yet have nothing to do with the story and often mislead the reader. See, for example, Heroes in Crisis #7.)

This issue basically tells two stories. However, they aren’t even intertwined. The first story is Rubble and Bee dealing with the outpost destruction and the death of Brainstorm, among other things. The second focuses on Megatron’s rally.

The Small Things In Life

The thing I am loving about Rubble is that his newness to life is making Bee and others question their surroundings. In transformers #2, they begin to take notice of things they treat as every day and ignore.

While Chromia, Windblade and Prowl deal with the sacked outpost, Bee and Rubble head over to Wheeljack. Where wheeljack tries to teach the young bot about the great energon-capturing moon, Rubble is distracted by a small organic life form on Wheeljack’s foot.

When Bumblebee takes Rubble out to see the moon in action, Bee treats it like nothing. He has seen it thousands of times and it is no big deal. It is Rubble’s awe of the sight and its brilliance that wakes Bee from his indifference and let’s him truly enjoy the sight. The two bots sit back and enjoy the view.

…Then we get to Megatron and the Ascenticons. Megatron is raging against the cast system on Cybertron and despises its shackles. He is encouraging others to join and rise up against the system.

I find it interesting that the person Bee, Rubble and Wheeljack were admiring for the creation of the moon is one and the same as Megatron cites as the first true Ascenticon – Termagax.

Megatron was mad. Megatron was firing on all weapons platforms, but who evil was he to begin with? We may never know. Just as he is wrapping up his speech, an explosion rocks his platform sending bots flying. Now in a rage Megatron flies up to where the blasts came from but finds nothing. Of course – Megatron WILL respond… 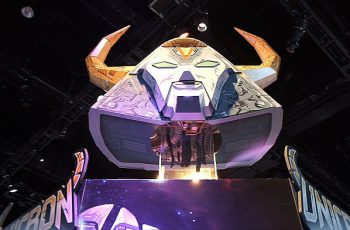 If you are a Transformers fan this has been an … 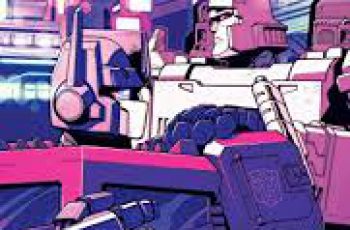