The opening of Star Wars: Galaxy’s Edge is approaching soon, but one of the things that guests and Star Wars fans can look forward to is some of the new things that you will be able to do in the land.

Last June, Disney launched the Play Disney Parks app. This app allows guests to sign in with their Disney account and earn achievements for visiting attractions at both the Walt Disney World Resort and the Disneyland Resort. And you can even play mini games while waiting in line for certain attractions.

And now, more information about how you can use the app in Galaxy’s Edge has been revealed.

As the guests enter the land, the app will turn into a galactic database. This will effectively give you a guide as you dive deep into this new Star Wars adventure.

With the app will be able to:

Another thing will be able to do with the app is to pledge your allegiance to either the First Order, Resistance, or venture on your one as a scoundrel. And with every job you complete you will get digital rewards like ship schematics, star maps, galactic credits, and so much more.

And if you haven’t downloaded the app yet, you should before you visit the land. 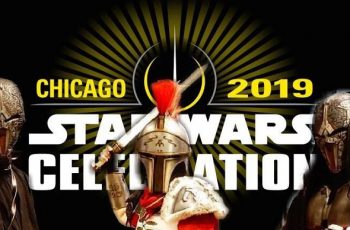 Star Wars Celebration kicked off today in Chicago, and got …