Unless you live under a rock you’re well aware of the criticism leveled at Rian Jonhson’s The Last Jedi. In addition to an angry backlash to his treatment of Luke Skywalker, some fans have even complained about Yoda’s portrayal, as well. To some, Yoda’s actions seemed out of character. Well, Frank Oz knows a thing or two about Yoda. So when someone on Twitter specifically called out the character’s behavior in The Last Jedi, Oz was quick to respond.

Frank Oz has been Yoda’s heart and soul since the middle entry into the original Star Wars Trilogy. From The Empire Strikes Back and beyond, Yoda has been a Star Wars icon. Tinkering with the character, even in the slightest, was bound to cause some kind of fan reaction. (See the ill-formed replacement puppet in The Phantom Menace, for example.) But when Twitter user Bill Blazejowksi said “…in TLJ he was out of character…by burning the Force Tree especially,” Frank Oz was quick to correct him. You can see the exchange here:

Yoda has always been quirky, thanks for the most part due to Frank Oz and his mastery of the character. While I certainly found fault with The Last Jedi, Yoda’s role in it wasn’t one of them. I didn’t find his actions, or demeanor with Luke, to be out of character at all. That’s especially the case if you not only watch the original trilogy, but the prequels and The Clone Wars, as well.

Yoda was always, first and foremost, a teacher, and Frank Oz played the role perfectly. When it came to Luke specifically, Yoda was often a hard teacher, imparting difficult lessons to the son of Anakin Skywalker. Burning the sacred texts, and the lesson it taught, was perhaps one of the hardest Luke would ever learn. But….

Was it out of character for Yoda? Doubtful. After all, Rey took the sacred texts, as they can be seen aboard the Millennium Falcon at the end of the film. I have no doubt that Yoda knew the texts were already gone when he burned the Force tree. Wisest among the Jedi, he always was.

So when Frank Oz says “: I kind of have pretty intimate knowledge of who Yoda is, and I don’t feel it was out of character at all….”  I’d take him at his word. 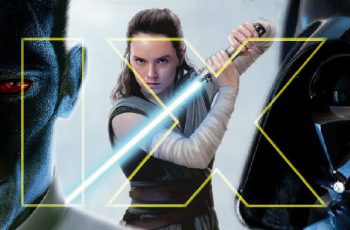 Star Wars Celebration is now just days away. There’s no … 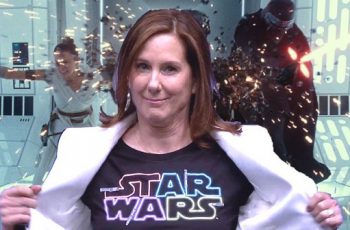 Aside from Rian Johnson, no one person associated with Star …