Hasbro teamed up with DJ White Shadow to make a new remix of the Mighty Morphin Power Ranger theme song to welcome in their new franchise. The new remix makes the old theme have a much cooler vibe giving it a more trap style feel. While it doesn’t rock out the cool beats give you something to bounce to.

If you liked DJ White Shadows you should check out his other projects he worked on. He produced some songs on Lady Gaga’s Born This way and Artpop albums. He even wrote and produced songs from the film A Star Is Born like Heal Me, Look What I Found, and Before I Cry. If you wanna follow DJ White Shadow or listen to more of his work click the link: http://djwhiteshadow.com

Set in the future, a secret agency combines a newly discovered substance called “Morph-X” with animal DNA to create the Power Rangers Beast Morphers team. The Rangers must fight off an evil sentient computer virus bent on taking over the source of all Ranger power, the Morphin Grid itself. Featuring never-before-seen leather suits and an all-new beast-themed arsenal (including dynamic new Zords), fans should get ready for a season full of secret ops and morphinominal fun. Power Rangers Beast Morphers will premiere on Nickelodeon on March 2, 2019 at 8:00am EST.

Do you like this remix of the MMPR theme. Are you excited for the Hasbro era of power rangers leave a comment a below!

We saw the debut of Tommy Oliver’s Master Morpher in … 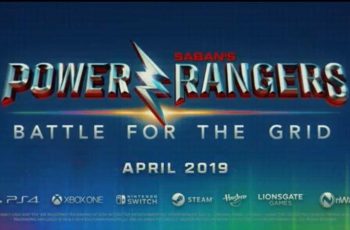 nWay, Lionsgate Games, and Hasbro are all going to be …