We are in the age of reboots and science fiction has a plethora of stories that can be rebooted for the current day. A lot of these shows can work today and actually if done well can be extremely successful if given the chance. Most of these shows on this list had seasons that were too long but if cut down to the new standard of 13-15 episodes can really make an impact in sci-fi television. Without further ado:

This short lived but had a lot of buzz scifi drama was created by David S. Goyer and Brannon Braga and starred Joseph Fiennes as the FBI agent investigating a mystery that caused everyone on the planet to blackout for two minutes and seventeen seconds. In this blackout everyone sees visions of events six months in the future. The single season ended when they were about to discover what caused the blackout right when another blackout occurs and everyone sees visions of events 20 years in the future.

This classic was executive produced by Steven Spielberg and starred Roy Scheider and Teenbeat heartthrob Jonathan Brandis. Seaquest DSV focused on Scheider’s character as he takes the crew on missions to protect important deepsea resources. The second season suffered from a change in the original concept resulting in Scheider leaving the show in the third season with Michael Ironside replacing him as captain.

The series follows the investigations of ex-FBI agent Frank Black (Lance Henriksen), now a consultant, with the ability to see inside the minds of criminals, working for a mysterious organization known as the Millennium Group. I feel that MilleniuM could be brought back as a one time 6-part maxi series to at least give it the final closure and bring it full circle with the recent releases of seasons 10 and 11 of The X-Files.

Being a spin-off from the Terminator series of films. It revolves around the lives of the fictional characters Sarah and John Connor, following the events of Terminator 2: Judgment Day, and ignoring the events of the 2003 sequel Terminator 3: Rise of the Machines and the following installments. While introducing us to mainstream the lovely Lena Headey, this series also brought back to scifi audiences Summer Glau who we had last seen on FOX in Firefly. With the new Terminator 6 coming out later this year continuing after T2, there is a great opportunity to now bridge the gap between T2 and the new Terminator film.

Adapted from the 1988 movie of the same name, it stars Gary Graham as Detective Matthew Sikes, a Los Angeles police officer reluctantly working with “Newcomer” alien Sam “George” Francisco, played by Eric Pierpoint. Mainly as a buddy cop series with Sikes learning how to adapt and understand his Partner Francisco, this series could really tackle issues that our current society is having today. Some people thinking this is like the Netflix film Bright, Alien Nation could really ground is tropics in a relatable way and ground in more in the possibility of reality. Plus who doesn’t like getting drunk off spoiled milk. The original series was canceled after the first season but fandom demand and a realignment of FOX execs brought the series back four years later in the form of actually five 2-part movies, with the most recent having only aired back in 1997. 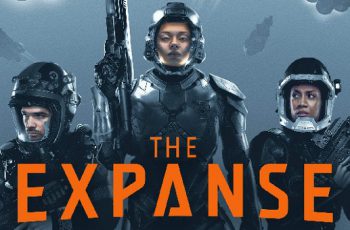 It’s been an exciting few months for The Expanse. Fans …