We already knew 2019 was shaping up to be a huge year for Star Wars. Star Wars: Episode IX hits theaters in December. Before that, The Mandalorian and The Clone Wars come to Disney’s streaming service, Disney+. Even the printers will be busy; new comics and books will flood the market this summer/fall as well. It looks like the auction houses will kick off 2019 with a bang, too. A slew of rare, original trilogy Star Wars figures are about to hit the auction block.

From February 28th to March 1st, The Prop Store will once again auction off highly-priced Star Wars memorabilia. Previously it auctioned Han Solo’s Bespin Jacket and other prop items. This time, however, it’s selling rare and highly sought-after Star Wars figures. The asking price for some of these collectibles would buy you a nicely appointed mid-sized sedan.

Among the lots, according to Forbes, is a vintage, unopened, “Early Bird” collection of Star Wars figures from 1977 (pictured above). That includes the original Luke Skywalker with extending lightsaber, Chewbacca, Leia, and R2-D2. The Prop Store expects to sell that for close to $10,000 (USD). Other items for sale include the elusive “Jawa with vinyl cape” and Yak Face figures. Each is expected to bring in $12,000-16,000 and upwards of $10,000, respectively. (Yes, for a single action figure.)

The real prize, however, is the unopened, French Boba Fett figure shown in the cover photo for this article. That’s expected to garner… are you sitting down? A whopping $25,000 – $30,000. No sir, being a Star Wars collector is certainly neither for the faint of heart nor the light of wallet.

This Star Wars figure auction, to be held at The Prop Store’s main facility in Valencia, California, is only one such auction to feature such rare Star Wars items in the last year or so. Han Solo’s Return of the Jedi blaster sold for a half-million dollars, and even Luke Skywalker’s lightsaber was up for grabs. (That, however, got pulled from auction due to questions of authenticity.)

I guess it just goes to show you: almost anything in Star Wars can be yours these days. That is, if you’re willing and able to pay for it. 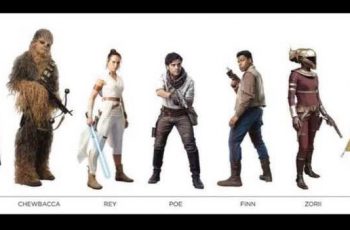 It’s been a busy day for Star Wars news. Earlier …
There’s been a ton of speculation surrounding Star Wars Episode …