The Star Wars universe is full of interesting characters. Trying to pick the best, or worst, among them is not as easy a task as one might think. Doing so becomes harder if you draw upon the old Expanded Universe from which to choose. It’s still not easy even if you limit your choices to canon since Disney took over Lucasfilm. I’m going to make it one step easier: Today we’ll feature the best Star Wars character, and the worst, from each of the three film trilogies (thus far).

We’ve had so many years to have watch, digest, and come to have embrace the original trilogy. Choosing one best Star Wars character from that era was the most difficult task in creating this list. When all is said and done, however, the choice became clear.

I can’t help but tip the scales in favor of Han Solo here. He was brash, sarcastic, cynical, funny, lucky, skilled. Han possessed just the right amount of pride, but showed signs of humility and righteousness when required. Sure, he took the reward in Star Wars… and then promptly turned around and risked it all to join the fight.

It wasn’t as if he turned tail and ran when the battle was over, either. Han stuck it out all the way to Hoth. Only then was he prepared to leave, and honestly who could blame him? The man had a bounty on his head. He couldn’t avoid that forever. Again, he risks everything to save Leia, and it cost him dearly.

Then, in Return of the Jedi, Han Solo was a free man. Jabba was gone, and he could have simply walked away. Instead he volunteered for what could have been a suicide mission across enemy lines for the good of the galaxy. It doesn’t get much better than that.

If the original trilogy was limited to the original theatrical cut, this would be a much harder choice. But… it’s not, and the choice is easy, even with Ewoks: Sy Snootles. By the time the Special Editions rolled around, George Lucas had already been bitten by the CGI bug.

For some, inexplicable-to-this-day reason, he added a musical number (A MUSICAL NUMBER!) to Return of the Jedi. The addition of that set piece, and the focus on Sy Snootles, will forever be, for me, one of the worst things in all of Star Wars. 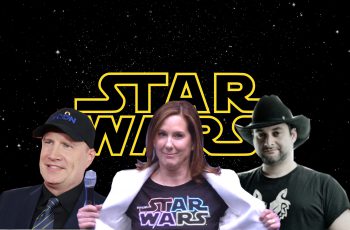 Well it seems like we have had a little while …
Rian Johnson has at least one high-profile defender: Logan director …