The Star Wars prequel trilogy did much more than simply provide background on our original trilogy favorites in Obi-Wan Kenobi and Yoda. Yes, the prequels were (are) much-maligned. Nevertheless, the films did add a plethora of new Jedi characters to Star Wars lore. They introduced us to characters like Mace Windu, Plo Koon, Kit Fisto, and others. Among those of the Jedi Order with whom we became familiar was perhaps the most underrated of them all, Shaak Ti.

Shaak Ti was a Togruta female like Ahsoka Tano. Unlike Ahsoka, however, Shaak Ti would become one of the most respected, skilled, and some would argue most powerful of all the Jedi. She was versed in all forms of lightsaber combat, expertly proficient in forms II and IV. The Jedi Master was also one of the best negotiators and a Jedi Consular on par with Obi-Wan and Yoda.

What Made Shaak Ti So Powerful?

Our good friends over at Stupendous Wave put together the video above, illustrating all of Shaak Ti’s strengths. Among them is her Force connection to the environment around her. She was able to use that skill to her advantage. Anakin’s failure to attune himself to his surroundings, conversely, led to his downfall on Mustafar. To really see Shaak Ti in action, however, you should revisit The Clone Wars animated series.

It’s even rumored that Shaak Ti was so proficient with her lightsaber that General Grievous, even wielding four sabers at once, refused to duel the Jedi Master one on one. That rumor became canon as Lucasfilm deleted a scene of her death at Grievous’s hands from the final cut of Revenge of the Sith.

Shaak Ti would eventually meet her fate at the newly-anointed Darth Vader’s hands. She died during his siege of the Jedi Temple during Order 66.  (You can see that scene in an animated storyboard extra among Episode III’s Blu-ray/DVD special features.) It took a Sith fueled by fury and rage to finally take down one of the most underrated and powerful Jedi Masters there was.

So what do you think? Is Shaak Ti one of the most powerful Jedi ever?  Or, to the contrary, is she overrated? 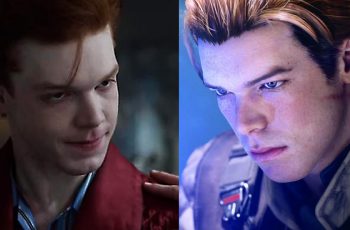 Cameron Monaghan: The Star Wars Casting No One Is Talking …
Well, it seems we might just get that Obi Wan …