DC fans have been alternately confused and enthralled by news of the upcoming Joker film starring Joaquin Phoenix. At first there was the question of why it needed to exist in the first place, especially with a different actor in the title role. While that doubt soon gave way to excitement when set photos revealed a production that appeared to be top-notch, an insider report has opened up a whole new debate surrounding the movie.

According to Revenge of the Fans, a source has claimed that the Joker film will be a far cry from what audiences expect. There have even been reports of entire scenes that were filmed precisely to throw people off, and that have been distributed online for that purpose.

While news of fake sequences alone isn’t enough to make this movie unique to the comic book world, the insider’s description of the tone just might be. Given the way words like “heartbreaking” and “pitiful” were thrown around, it sounds like this will be a character study of the Joker that charts his descent into villainy and madness. Perhaps taking a page of inspiration from The Killing Joke comic?

Now onto the potentially more controversial part: the source specified that Joker contained a lot of commentary and allusions to the current political situation in the United States. Specifically, there will be shots fired at the current government administration and “some pointed commentary on Donald Trump.” A comparison to V For Vendetta was even made, which is setting the bar rather high as far as a political agenda in fiction goes.

Some fans may be immediately turned off at the thought of getting anything resembling news in their superhero media, but it’s important to note that comic books have always been a vehicle for social allegories. And if the film says true to the “Taxi Driver meets The King of Comedy” vibe hinted at in the rumors, then there’s going to be a lot there for viewers to enjoy even if they don’t love the inclusion of current events.

What are your thoughts on this report? Are you excited to see the tragic and politically relevant tale of the Joker, or do you long for a less loaded villain origin? Let us know in the comments below and check That Hashtag Show for more news and updates on your favorite shows and movies. 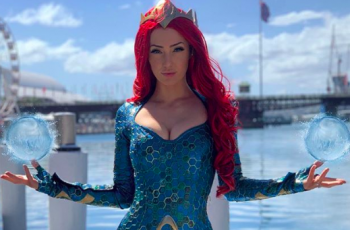 With Aquaman releasing nationwide across theaters today, we decided to … 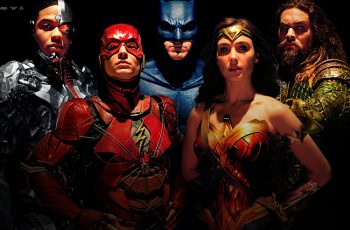