Laura Dern is an accomplished actress, of that there is no doubt. I think there are very few of us that didn’t have at least a little bit of a crush on Dr. Ellie Sattler in Jurassic Park. That’s why fans were excited to see her take on the role of Vice Admiral Holdo in The Last Jedi. She too, it seems, was just as excited to appear in a Star Wars film. (Fan excitement, however, tempered quickly due to the character’s actions. More on that in a moment.)

Speaking to Vanity Fair recently, Dern talked about her initial meeting with Last Jedi director Rian Johnson. At first, she didn’t realize he was actually talking about Star Wars. In fact, she thought he was speaking metaphorically when he discussed with her his upcoming film and the loneliness of space. “And I was like ‘my God, yes, that’s it. So where does it take place?'” Then she learned she’d play Vice Admiral Holdo in Star Wars: Episode VIII. “Are you f*cking kidding me right now?” was her excited and charmingly real response.

Laura Dern was such a fan of Star Wars that it actually hindered her ability to be a part of it. It even led to several scenes requiring multiple takes. AV/News notes that Dern was a little star struck during scenes with C-3PO and Vice Admiral Holdo. They even had to re-shoot some scenes in which she fired her blaster. Like Ewan McGregor, who often had to re-shoot because he was making lightsaber noises, Dern couldn’t help herself from making “pew pew” blaster noises while filming.

It’s hard to not like Laura Dern. Vice Admiral Holdo, on the other hand… While I agree with the AV/News author’s take on the actress, I disagree with his views on the character. He seems to suggest that backlash against Holdo was unwarranted. Was it though? Under Rian Johnson, Vice Admiral Holdo withheld the escape plan from Poe, and pretty much everyone else. Why? There was absolutely no reason to do so, and it cost the Resistance most of its remaining survivors.

Honestly, it was a sound plan. Smaller ships fleeing in the scanner shadow of the larger ships would have worked. (The idea first popped up in Shadows of the Empire.) Had she told Poe Dameron and the others of the plan, Finn and Rose don’t go AWOL, never meet DJ, and he never divulges information to the First Order. Sure, Hux and Ren might have figured it out eventually. But how many lives could Vice Admiral Holdo have saved had she been forthright?

Laura Dern? Delightful. Vic Admiral Holdo? Not so much. 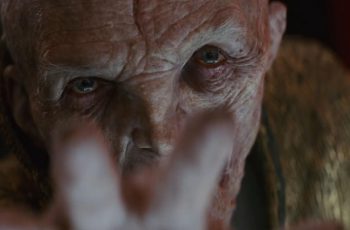 When it comes to motion capture in fantasy and science … 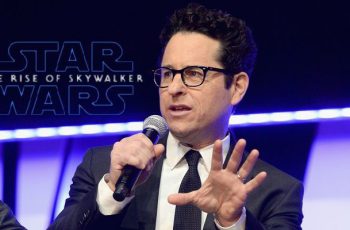 I like the “new” JJ Abrams. Perhaps it’s because Star …