Paramount just released a new minute-long featurette for their upcoming Transformers film, Bumblebee. This short video digs into the changes made to the character designs from the Michael Bay films. Where Michael Bay tried to update the looks and make the transformers more modern and “realistic”, Bumblebee is going back to the original Gen 1 designs that we all know and love from the cartoons and comics.

Check out the featurette below and see the new designs and hear Hailee Steinfeld, John Cena, members of the VFX team, and Director Travis Knight discuss the designs and why they decided to stay true to Gen 1.

The movie takes us back to 1987 where Bumblebee the Autobot seeks refuge in a junkyard in a small California beach town. Charlie, on the brink of turning 18 years old and trying to find her place in the world, soon discovers the battle-scarred and broken Bumblebee. When Charlie revives him, she quickly learns that this is no ordinary yellow Volkswagen.

This will be the 5th film in the Transformers franchise and is essentially a soft reboot for the universe. While Michael Bay remains a producer, Travis Knight has taken over directorial duties and on the surface at least, it seems like we’ll be getting more story and less ‘Baysplosions’ this time around. Are you guys excited that we’re getting back to form with the original Transformers designs? Let us know what you think in the comments and make sure to check back in with us for our review of Bumblebee when it hits theaters in December.

Bumblebee Will Be In Theatres On December 21st, 2018

The battle of the Christmas titans has begun. Three great … 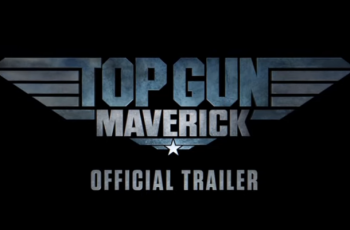 Paramount and SDCC gave us our first trailer and look …