According to Deadline, Swamp Thing‘s keeps lining the Green with more talent as the DC Universe show expands its cast. After tapping Crystal Reed as female lead Abigail Arcane, it seems that the production has cast Academy Award nominee Virginia Madsen (Sideways, Designated Survivor) to play the role of Maria Sunderland.

Though her character is an original creation for the Swamp Thing series, her last name should stir up memories for comic book fans. Avery Sunderland was a well-known villain in the series, as an evil CEO who once captured and attempted to dissect the Swamp Thing. As it turns out, Madsen will be playing his wife. Deadline described her character as follows:

Maria Sunderland traded in her privileged upbringing for the swamps of Marais when she married local business magnate Avery Sunderland, but Avery’s life-time obsession with the swamp has driven a wedge between him and Maria. Her poised existence is shaken further when the return of Abby Arcane reawakens a deep grief over the loss of Maria’s daughter, Shawna, drawing her into the dark supernatural mysteries emerging from the swamp.

It certainly sounds like both she and her husband will play important roles in the story, and that they may indeed wind up on opposite sides of the struggle. Interestingly enough, we still don’t know who will be playing the man at the center of that struggle, Alec Holland. Rumor has it that Derek Mears will be embodying the physicality of the Creature, but his human identity remains a mystery.

Swamp Thingis set to premiere via the DC Universe streaming service sometime in 2019, most likely after Young Justice: Outsiders and Doom Patrol. While there’s currently no word on whether it will be connected to a larger universe the way DC shows on the CW are, signs point to yes given that the eponymous Doom Patrol just made their debut on Titans this week. Perhaps we’ll see Alec or Abby show up on the next show before their own drops?

Are you excited for Swamp Thing? Are there any other heroes you’d like to see DC Universe tackle, or are you still wishing there were other ways to view these shows? Let us know in the comments below and be sure to stay tuned here on That Hashtag Show for everything trending in geek pop culture! 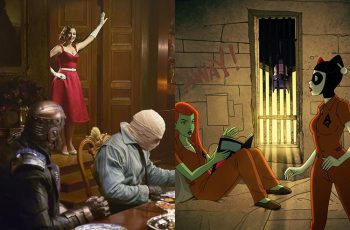 Now that DC Universe has successfully concluded the first season … 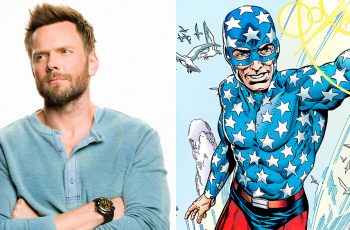 The DC Universe streaming service has now launched in the …