Season 3 of Attack On Titan is in full swing and an American adaptation will be coming to movie theaters in the not too distant future.

Variety has reported that Andy Muschietti, the director of last years IT will be directing the film for Warner Brothers finalized a deal with Kodansha, a Japanese-based publishing company, on Monday.

Attack on Titan is going to be produced by David Heyman, Masi Oka, and Barbara Muschietti, there is no information yet on who will be scripting the film or what events from the series will be included in the big screen adaptation.

This version will be the second time the series has been adapted into a movie. The first, released in 2015, was a 2 part film released in Japan which grossed over $46 million at the box office. an impressive feat for a considering TV series had only been on the air for about 2 years.

I’m really excited for the film, with Warner Brothers developing it, it should (hopefully) live up to the hype. 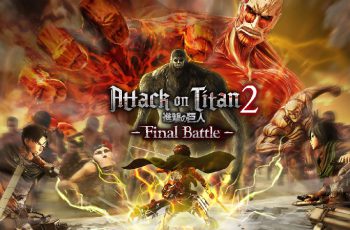