Earlier this week we spotlighted some of the controversies that struck the Star Wars franchise over the last year or so. I posed the question of how Star Wars recovers from those controversies. You answered. Frankly, I was a little surprised, pleasantly so, don’t get me wrong, but surprised nonetheless, at how many felt that there was nothing wrong with the franchise. I have to disagree. I wholeheartedly concur with one commenter who believes that Star Wars has lost its way… but will find it again. So how do we go about fixing Star Wars and making what I and others believe are some necessary course corrections?

First and foremost, I think Disney and Lucasfilm need to find a way to reconnect with the fans. That doesn’t mean take every fan comment, desire and theory and make it canon; far from it. But there has to be some degree of fan service in the final product. I understand the argument that the story is the storyteller’s to tell, but is it, really? Let’s be honest, movie making has two goals: 1) entertain; and 2) make money. It’s a fine line. There’s always the chance that if you focus too much on the one, you’ll jeopardize your ability to do the other. Fixing Star Wars, to the extent it’s damaged, means finding a balance of both. How do Disney and Lucasfilm accomplish that? 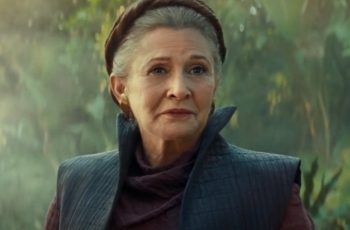 (Warning: Mild spoilers follow.) Was the reason for Carrie Fisher’s …