In an Instagram post today, Jon Favreau revealed the first details of his live-action TV series. The post was written in yellow and black, giving us that Star Wars opening “crawl” feeling. Here is what he posted:

“After the stories of Jango and Boba Fett, another warrior emerges in the Star Wars universe. The Mandalorian is set after the fall of the Empire and before the emergence of the First Order. We follow the travails of a lone gunfighter in the outer reaches of the galaxy far from the authority of the New Republic.”

In March Disney CEO Bob Iger announced to investors that Favreau would produce a live-action Star Wars series. This project will be the first live-action episodic series for the Star Wars storyline. It was also announced that the film would have a $100 million-dollar budget.

Favreau’s synopsis notes that “another warrior” emerges after the stories of Jango and Boba Fett. Who is this warrior? Could it be someone from the Fett bloodline or a new Mandalorian warrior? What we do know is that it takes place in the timeframe between the Return of the Jedi and The Force Awakens.

Until now, information on the series had been hard to come by, though some early rumors had pointed to a Mandalorian character story. Recently, some set photos showing that production had started were leaked, so maybe there is more to come.

So, thank you Jon Favreau for posting this today and giving us Star Wars fans some excited news!

What are your thoughts about Jon Favreau’s Instagram post? What are you hoping this live-action series will bring us? Let us know by leaving your comments or hit me up on Twitter @starwarsnerd574.

This year is looking to be an exciting year for … 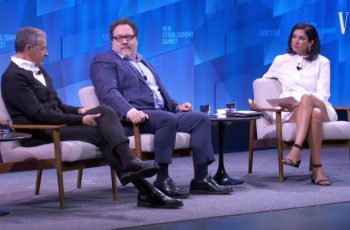 Recently we heard from Freddie Prinze Jr. about who Star …