The sleeper hit of the spring, A Quiet Place, was confirmed for a sequel at CinemaCon in April – and now that sequel has a release date!

John Krasinski’s (The Office) horror-thriller A Quiet Place grossed $50m in its opening weekend – over taking Steven Spielberg’s Ready Player One. Aside from Black Panther, it had the biggest opening weekend of 2018 so far, and made over four times its budget making a total of $322.5 million at the worldwide box office.

Paramount has seemingly struck much needed gold with A Quiet Place and has already launched an Academy Award campaign looking to compete in major categories including Best Original Screenplay. This franchise and it’s future potential is perfect for Paramount, as the future Transformers and Star Trek franchises are unsure. A Quiet Place could easily become a cash cow franchise from the floundering studio.

And now, after it’s sweeping success, Paramount has officially salted A Quiet Place 2 for a May 2020 release.

While there are currently no plot details available (and considering John Krasinksi’s character, Lee Abbott, died through an act of self-sacrifice at the end of the movie), Krasinksi will certainly be involved in some capacity – If I was to take a guess, it’ll be behind the camera.

Krasinski has been previously quoted that an idea for the upcoming sequel would be to continue Evelyn Abbott’s (Emily Blunt) story; the end of A Quiet Place teased Evelyn preparing for battle against the other worldly monsters. Another possibility, the sequel could focus on other survivors of the alien invasion and tell a whole new story all together.

Looking forward to the silent sequel? Let us know in the comments! 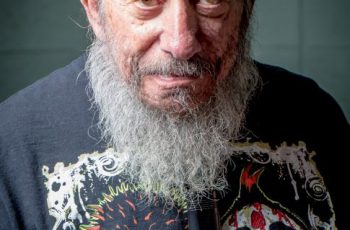 Sid Haig, age 80, has passed away. Captain Spaulding in …

If Halloween producer, Malek Akkad gets his wish he will. …