If you were anything like me, the end of Solo made you want more. I can think of one other time I was more surprised with an ending to a Star Wars movie, and that was when I found out Vader was Luke’s father.

So where do we go next with Solo?

At the end of Solo, we get Han winning the Falcon from Lando, planning new adventures with Chewie, learning that he needs to watch who he trusts, and…  Darth Maul!  With an ending like this, it would be foolish not to continue the story. So, what would we get if the next story is announced today? The ending has given us a lot of hints on what will happen next.

Solo gave us a big clue on what Han’s next adventure would be. After all, he now has one of the greatest smuggling ships in the galaxy! He took the advice from Beckett, to head to Tattooine and seek out a “big shot gangster” that is looking to put a crew together.  So here is where we get to see what Han and Chewie were up to before they meet with Obi Wan and Luke at the Mos Eisley Cantina.

The rise to power of Jabba the Hutt.

This is where we will get our first look of Jabba the Hutt’s underground empire. We will see his rise to power in the Outer Rim and how he uses this “crew” that he is putting together to become one of the biggest gangsters in the Galaxy.  Who will be on this crew? Could Han and Chewie be joining up with the likes of Boba Fett, Bossk and even Greedo. This will also be a great way to give us Star Wars fans the back story on the relationships between Boba Fett, Greedo and Han Solo and what cause the turmoil between Han and them.  This alone could cover the ten years or so before we see Han again in Episode IV. During this time, I feel we will get a little from Lando but that will be another story for another day.

If I haven’t lost you yet, we still need to talk about the big surprise at the end of the movie, Darth Maul! That’s right Maul is back and if you didn’t know that well, you have been living under a rock. At this point, Han is starting to find his way, becoming the Han Solo we will later get to know in Ep IV. And now, the last person he thought would turn on him did, his old girlfriend Qi’Ra. We find out she has been secretly working with Maul and he plans on working with her more closely for now on. This hints that we will see them again. We know from The Clone Wars that Darth Sidious still has plans for Maul.

Now, let’s not forget about the Hutts. With the power that Jabba has been gaining, Sidious will want to try to put an end to it. We can expect to see multiple run-ins between the Crimson Dawn, who we now think Maul is running, and Jabba’s new crew. Here is where we will also see what cargo Han dumped that later earned him a huge price on his head.

Could we see Obi-Wan?

This is kind of a long shot, but at this point in the story, we should get a cameo of Obi-Wan. We already know he is on Tattooine watching over young Skywalker. Chewbacca could be the key to this since he fought with Yoda during the Clone Wars and has worked with the Jedi before. It did seem that in Episode IV, Obi Wan knew Chewbacca and where to find him.

Will we get another Solo story? We can only hope. But until then let me know what you think will happen next in the Solo storyline. 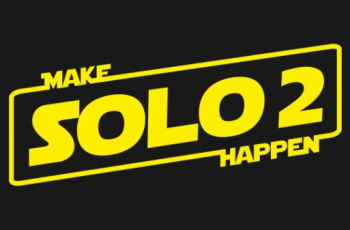 The fans are uniting behind bringing a sequel to Solo: …
If you were to tell me back in December that …