It’s happening! Yesterday, Director Niki Caro gave us our first look at Disney’s upcoming live-action Mulan with a Day 1, behind the scenes shot on her Instagram, which was then taken down.

The now-deleted photo (which was captioned “Reflections”) showed actress Liu Yifei dressed in her matchmaker costume. If for some reason you’ve never seen the original animated film, the song “Reflection” is a touching moment where after being forced to try and change herself in order for the Matchmakers to find her a husband, Mulan asks the question, “When will my reflection show who I am inside?” Previous, it’s been reported that the Live-Action Mulan is NOT going to be a musical, BUT, could this be a teaser for the song to potentially be in the film? My fingers are crossed!

On top of this incredible behind-the-scenes photo, Deadline also announced the casting of 2 more characters. Joining the likes of Donnie Yet (Commander Tung), Jet Li (The Emperor), Jason Scott Lee (Bori Khan), Li Gong, Utkarsh Ambudkar (Skath), Yoson An (Chen Honghui), Xana Tang (Mulan’s Sister), Pei-Pei Cheng, and Ron Yuan (Sergeant Qiang), online content creator Jimmy Wong and actor Doua Moua have be cast in the film as Ling and Po, respectively. However, there is not much information about these characters, so we will have to wait until March 2020 when the film is released to find out more!

Disney’s next live-action film Aladdin is releasing in May 2019, … 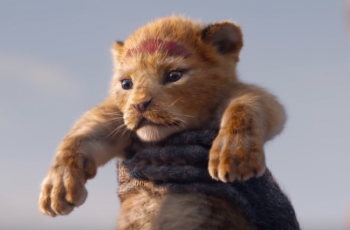