With the fairly recent news that Iron Man director Jon Favreau was directing a live action television series for the upcoming Disney streaming service, it makes sense to think of other potential stories from the Star Wars Universe that could make good tv shows, be it network television or streaming services. Here is a list of 5 ideas that could work for the small screen.

5. Mos Eisley Cantina. This desert locale watering hole on the dessert planet of Tatooine has a plethora of interesting characters, from heroes to undesirables, gracing it’s establishment. As a stopping point for those living in the slum filled city of Mos Eisley, to those just passing through, this “bar” brings in quite the eclectic clientele. With that being said, the stories could be endless, leading to episode after episode, season after season, of intersting characters and the stories that they bring with them. While most fans frowned on this as a potential stand alone theatrical release, it could make for an engaging episode to episode tv series. And for those that think a tv show centered around a bar and it’s patrons wouldn’t work, they have to look no further then one of the biggest shows to grace television…”Cheers”.

Alden Ehrenreich had some very big shoes to fill when … 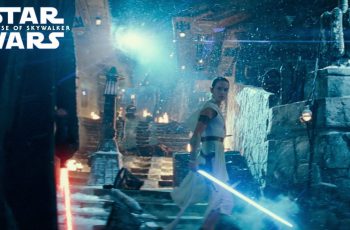 Star Wars.com treated us to a sneak-peek 30-second clip from …