There was already plenty of speculation regarding the direction in which Star Wars would head following the conclusion of the nine-film, episodic Skywalker saga when Episode IX is released in December of next year. With Disney shareholders voting to acquire the bulk of the Fox holdings (Disney gave a resounding “no thank you” when it came to Fox News and Fox Sports) for an estimated $71.3 billion, however, many are questioning how the earth-shattering Disney-Fox merger will play out with two iconic science-fiction franchises now duking it out under one proverbial one roof.

Disney had already planted the seeds of its Avatar takeover when it opened “Pandora – The Word of Avatar” at its Orlando Disney World facility in 2017.

With all the marketing possibilities of the two franchises, one has to wonder whether or not Disney’s focus on James Cameron’s upcoming Avatar sequels will take away some of the Star Wars shine. (Whether Cameron himself would direct a Stars Wars is a topic for another post.)

If you follow Forbes’s Scott Mendelson’s line of reasoning, keeping its cinematic enemy in Avatar close just may be what Star Wars needs. With the control of both franchises resting in Disney’s hands, the studio can stagger the films’ releases,  both avoiding the spectre of Star Wars fatigue that plagued Solo: Star Wars Story and ensuring that neither franchise will have to shoulder the entirety of the movie blockbuster burden.

Despite the divisive fan reaction to The Last Jedi, the film more than showed that Star Wars is still a force to be reckoned with at the box office. Episode IX, which is just beginning production, is slated for a December, 2019 release. If the Disney-Fox merger continues the current projection of Star Wars following an odd-year pattern of releasing its films  (assuming it carries on with additional stand-alone films) against the even-year pattern of Avatar releases due to begin in 2020, we may not see Disney’s reign at the box office end for nearly a decade.

STAR WARS: Filoni And The Future Of The Franchise

We have yet another rumor from Makingstarwars.net that if true … 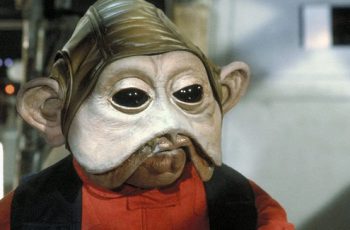 The original Star Wars trilogy produced a slew of bit …